We caught up with Owen Ricciardi, Ryan Fellow principal of Aspire Coleman Elementary School in Memphis, to talk about how retreats can build stronger teams, especially with first-year teams. 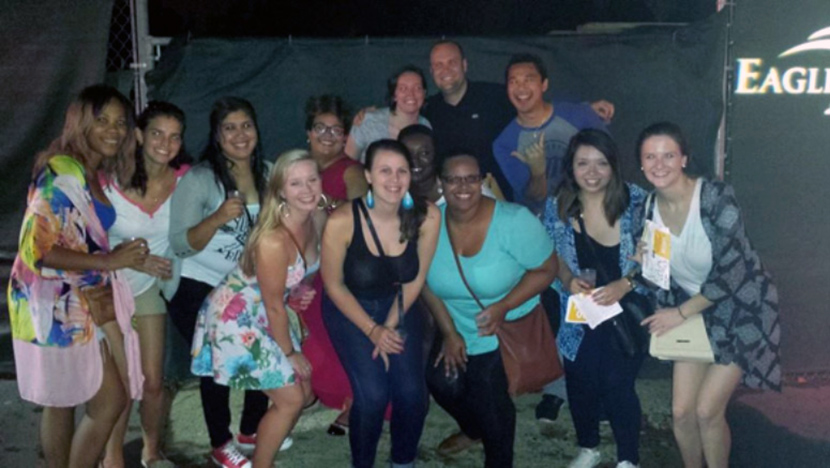 Mr. Ricciardi’s retreats are about more than team building and having fun, though. While that happens on day one, the real work happens over the course of several days when they really dive in to get to know each other and how they can work together as a team for greater success.

“The first time out, our big focus was equity,” Mr. Ricciardi says. “We talked a lot about perceptions versus reality in the work we do...the scholars we serve and the communities we are a part of. We also looked through the same lens at ourselves and how we all got here. We used that time to really unpack who we were as people, learners, teachers, coworkers and everything else. Doing that really set the stage for meaningful work when we starting focusing on the academics.”

One of the things that had the most impact on the retreat? Life maps. Mr. Ricciardi found that those were key to understanding where people were coming from–and building trust.

The good, the bad, the ugly, it was all out there. After that, we were incredibly close.

“We took an hour to make them...then we had all 28 people stand up and explain how we all ended up here at Coleman together. The good, the bad, the ugly, it was all out there. After that, we were incredibly close. It created a lot of trust in a short period of time.”

Mr. Ricciardi points out that learning about each other’s experiences goes a long way to solidifying a team. “You understand where someone is coming from so that when a hard moment comes up, you understand the person and the challenge and don’t get caught up in the emotion in the moment.”

We faced issues head on and were able to avoid a lot (not all)
of the common traps of a new team.

These life maps lead the way to a smooth first year at the school for the team, too. “We kept revisiting team building and equity issues. When there were differences that arose, we were able to use the common language we had created to talk with each other. We faced issues head on and were able to avoid a lot (not all) of the common traps of a new team.”

As the next retreat approaches, Mr. Ricciardi is excited about what they will achieve. “Because of that first retreat, we have the foundation to move forward academically in sync. So now we can build on that. One thing we’re focusing on is a book called “The Four Agreements” by Don Miguel Ruiz. This book gives you a mindset of working with people that allow you to work together well and simply. We have a lot of academic focus for sure—but this book is how we will continue to build on what we started last year.”

You’ve heard from Owen: now we’d like to hear from you! What are some of the best activities you have used to build a strong team? Leave a comment below.

Owen Ricciardi received his undergraduate education from Penn State University and began his teaching career in North Philadelphia with Teach For America. Before The Ryan Fellowship, Owen worked in Wilmington, Delaware at EastSide Charter School as the middle school dean, curriculum writer and new teacher mentor. Owen completed his Ryan Fellowship year in Memphis and is now in his second year as principal of Aspire – Coleman Elementary, where students are growing above national averages on the NWEA-MAP exam.
Loading Conversation