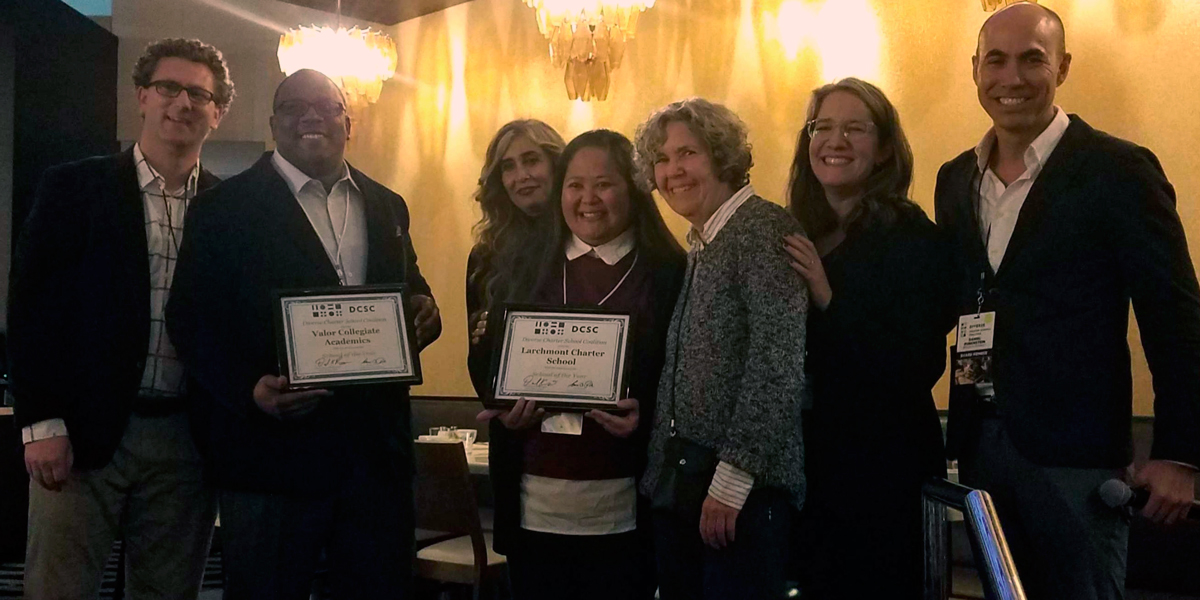 According to a DCSC press release, Nashville-based Valor was selected among its 49 members to be honored “for best exemplifying the Coalition’s values.” Also honored at the event was Los Angeles-based Larchmont Charter School. The convening was held in New Orleans on Jan. 31 and Feb. 1.

“I want to congratulate our member schools for their commitment to excellence and being role models in our coalition,” DCSC Executive Director Sonia Park said in the release. “They exemplify the idea of ‘laboratories of innovation’ that charter schools were founded to be.”

In its release, DCSC lauded the Valor school network for ranking within the top 5 percent of all Tennessee schools for overall student achievement and student growth since being founded in 2014.

Ryan Fellow Jackson Sprayberry, Head of School at the new Valor College Prep, was in attendance at the convening to lead a special breakout session on the Valor Compass model.

The model aims to foster students’ social and emotional development, particularly in how they approach interpersonal relationships with their peers from a diverse range of racial and socioeconomic backgrounds.

In an interview with Accelerate Institute last year, Sprayberry said the following of the Compass model and what it is designed to achieve:

“I think about how hard it was for me [as a young person] to learn how to have conversations across lines of difference. … When I think about our students getting to start those conversations, in a very intentional way, … I’m just inspired and motivated to know that they’re going to be so much further ahead than me and so many other adults.”

Nominate a Transformational Principal for the 2020 Ryan Award